Aziz tweeted that earlier this week, before Ferguson made yesterday’s instantly infamous homophobic attack on John Maynard Keynes at a talk for financiers:


Harvard Professor and author Niall Ferguson says John Maynard Keynes’ economic philosophy was flawed and he didn’t care about future generations because he was gay and didn’t have children.

Speaking at the Tenth Annual Altegris Conference in Carlsbad, Calif., in front of a group of more than 500 financial advisors and investors, Ferguson responded to a question about Keynes’ famous philosophy of self-interest versus the economic philosophy of Edmund Burke, who believed there was a social contract among the living, as well as the dead. Ferguson asked the audience how many children Keynes had. He explained that Keynes had none because he was a homosexual and was married to a ballerina, with whom he likely talked of “poetry” rather than procreated. The audience went quiet at the remark. Some attendees later said they found the remarks offensive.

Ferguson should be the last person to be casting aspersions on anyone else’s personal life, given that, while still married to someone else, he began an affair with author and activist Ayaan Hirsi Ali and knocked her up. He then dumped his wife of over 20 years (they had had three children together) to marry Ali. What a heart-warming demonstration of traditional values!

Ferguson’s slur was ugly indeed — so much so that the no-doubt conservative audience fell into a stunned silence following his remark. But Ferguson — a man for whom the term “hackademic” would surely have been invented, had it not already existed — is part of a long right-wing hack tradition. He is far from the first to take this line of attack.

Email ThisBlogThis!Share to TwitterShare to FacebookShare to Pinterest
Labels: Conservatism in crisis, The Crazy

A "layman's guide" to anti-austerity from Stephanie Kelton @ New Economic Perspectives that does a pretty good job of tackling the central arguments in non-econospeak terms:


1. When we allow our economy to operate below full employment (as now), we are sacrificing trillions of dollars in lost output and income each year. We can never go back and recover it.  It is gone forever.  You’ve seen the debt clock?  Here’s the lost output clock. 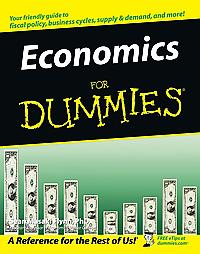 2. Capitalism runs on sales. In survey after survey, we find that the Number One reason businesses are slow to hire and invest in new plant & equipment is a lack of demand for the things they produce.  Businesses hire and invest when they’re swamped with customers.  See this story in The Wall Street Journal.

3. The two decades after WWII certainly aren’t the only time that robust growth reduced the DEBT/GDP ratio.  During the late 1990s and early 2000s, the economy grew at an above average clip.  Unemployment fell to 3.7%.  Inflation remained modest.  There was a job vacancy for every job seeker in America — genuine full employment.  Because people were working, there was less spending to support the unemployed (food stamps, unemployment compensation, etc.) and more people paying income taxes. The deficit disappeared, and the national debt fell to around 40% of GDP.  So you do not need post-WWII conditions to support the argument that economic growth is the way to reduce the debt.

4. The debt/GDP ratio falls when the denominator grows faster than the numerator.  Right now, just about everyone is fixated on using austerity (raising taxes and slashing spending) to reduce the numerator (DEBT).  The problem, as Europe has kindly shown us for years, is that austerity “works” by crushing incomes, which in turn crush sales (or what we call GDP).  So instead of bringing the ratio down, austerity hampers growth, which causes deficits and debt loads to rise. 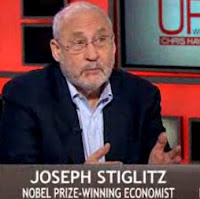 In analyzing the most recent financial crisis, we can benefit somewhat from the misfortune of recent decades. The approximately 100 crises that have occurred during the last 30 years—as liberalization policies became  dominant—have given us a wealth of experience and mountains of data.  If we look over a 150 year period, we have an even richer data set.

With a century and half of clear, detailed information on crisis after crisis, the burning question is not How did this happen? but How did we ignore that long history, and think that we had solved the problems with the business cycle? Believing that we had made big economic fluctuations a thing of the past took a remarkable amount of hubris.

Markets are not stable, efficient, or self-correcting

The big lesson that  this crisis forcibly brought home—one we should have long known—is that economies are not necessarily efficient, stable or self-correcting.

There are two parts to this belated revelation. One is that standard models had focused on exogenous shocks, and yet it’s very clear that a very large fraction of the perturbations to our economy are endogenous.  There are not only short‑run endogenous shocks; there are long‑run structural transformations and persistent shocks.  The models that focused on exogenous shocks simply misled us—the majority of the really big shocks come from within the economy.

Secondly, economies are not self-correcting.  It’s clear that we have yet to fully take on aboard this crucial lesson that we should have learned from this crisis: even in its aftermath, the tepid attempts to fix the economies of the United States and Europe have been a failure.  They certainly have not gone far enough.  The result is that we continue to face significant risks of another crisis in the future.

So too, the responses to the crisis have not brought our economies anywhere near back to full employment.  The loss in GDP between our potential and our actual output is in the trillions of dollars.

Of course, some will say that it could have been done worse, and that’s true. Considering that the people in charge of fixing the crisis included some of  the same ones who created it in the first place, it is perhaps  remarkable it hasn’t been a bigger catastrophe.

More than deleveraging, more than a balance sheet crisis: the need for structural transformation

In terms of human resources, capital stock, and natural resources, we’re roughly  at the same levels today that we were before the crisis.  Meanwhile, many countries have not regained their pre-crisis GDP levels, to say nothing of a return to the pre-crisis  growth paths. In a very fundamental sense, the crisis is still not fully resolved—and there’s no good economic theory that explains why that should be the case.