“Government should be embarked on a multiyear, substantial investment program in infrastructure.” 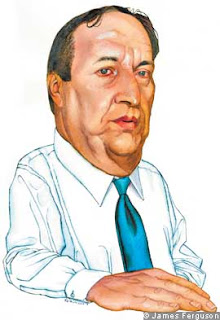 I can't say I'm a fan of Larry Summers, but at a talk at his alma mater he appears to be speaking common sense:

“No thoughtful person can look at the U.S. economy today and believe that the principal constraint on expansion of output and employment is anything other than the lack of demand experienced by firms,” Summers said. That is, not enough consumers in the country have sufficient spending power; government programs employing more people would change that, he asserted at the event, hosted by MIT’s Undergraduate Economics Association.

“If the private sector is either unable or unwilling to borrow and spend on a sufficient scale, then there is a substantial role for government in doing that,” added Summers, who also served as Treasury secretary in the Clinton administration. “That’s the right macroeconomics. It’s also common sense.”