I'm not particularly a fan of the prolific gay, Tory, Catholic blogger Andrew Sullivan's, but I'll give credit where it's due to his articulating what a responsible conservatism might sound like. Sullivan on "the crux of our current debate:" 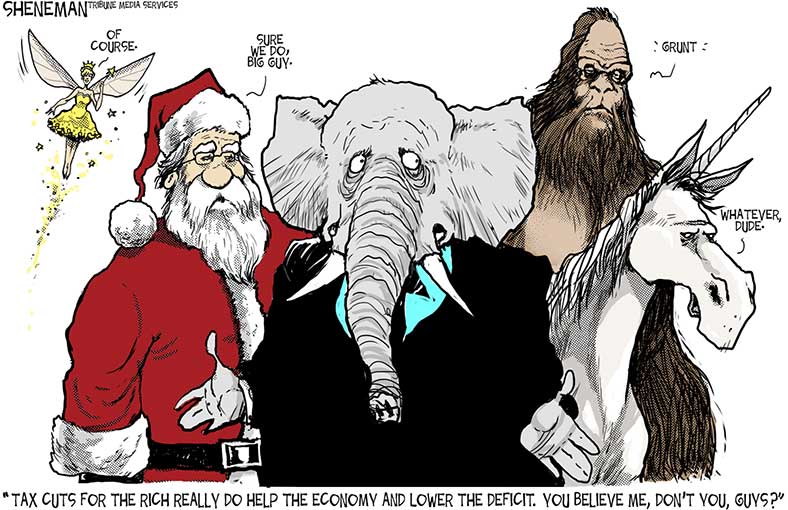 It is not what the GOP wants it to be about: some kind of ideological, abstract debate about government and freedom. It's a practical question about whether the US needs a correction from thirty years of center-right (yes, I include Clinton in that consensus) and then hard-right governance. That practical question requires engagement with the specifics of America's needs at this present moment. It is not un-American to favor private enterprise and small government, as Romney presents his own views. Far from it. Equally, it is emphatically not un-American to stress the parallel importance of collective infrastructure, institutions and public goods which are essential to free enterprise's flourishing. If you don't believe me, go read Adam Smith. Small government doesn't mean no government…

When people ask me how I can remain proud of supporting Ronald Reagan in 1980 and also proud of supporting Barack Obama in 2012, I can simply say: there is no contradiction. Reagan was right for his time; Obama is right for his. Both conservatism and liberalism have a role to play in guiding America toward balance and success. They exists as traditions that help correct each other's excesses. And that is why the Republicans' current insistence that liberalism is inherently un-American is so un-conservative. It is without the context Reagan provided; it has no time and place to measure itself by; it is pretty close to theology, rather than politics.

And it seems to me that the problem of 2012 is not excessive government (although there are plenty of ways in which government could and should be leaner and more efficient, a project Obama has been engaged on). The problem is weak government when it came to regulating the financial sector; insolvent government because of a refusal to raise taxes even as spending has soared and revenues have collapsed; and hubristic government that tried to being freedom to every person on the planet through military occupation. And the answer is not doubling down on theology, but restoring limited but effective government in areas where only government can work.

Here's why we need it, in this present crisis, to coin a phrase:


America is worse off than it was 30 years ago — in infrastructure, education and research. The country spends much less on infrastructure as a percentage of gross domestic product (GDP). By 2009, federal funding for research and development was half the share of GDP that it was in 1960. Even spending on education and training is lower as a percentage of the federal budget than it was during the 1980s ... In 2001, the World Economic Forum ranked U.S. infrastructure second in the world. In its latest report we were 24th. The United States spends only 2.4 percent of GDP on infrastructure, the Congressional Budget Office noted in 2010. Europe spends 5 percent; China, 9 percent.

Posted by Bruce Schmiechen at 7/31/2012 No comments: Links to this post

Email ThisBlogThis!Share to TwitterShare to FacebookShare to Pinterest
Labels: Conservatism in crisis, Reclaiming the narrative, The Crazy


The fact that Simpson-Bowles—which uses its mandate of deficit reduction to call for . . . lower tax rates?—has become widely perceived as a centrist starting-point for discussion is clear evidence of how far to the right the inside-the-Beltway discourse has shifted, both over time and relative to the preferences of the population as a whole. 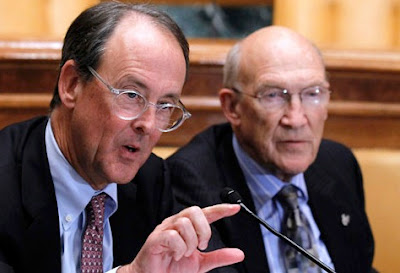 What’s more, the “consensus” of the self-styled “centrists” is what now makes the Bush tax cuts of 2001 and 2003 seem positively reasonable. With Simpson-Bowles and Domenici-Rivlin both calling for tax rates below those established in 2001, George W. Bush now looks like a moderate; even many Democrats now endorse the Bush tax cuts for families making up to $250,000 per year, which is still a lot of money (for most people, at least)...

Americans are currently getting a menu of proposals with Simpson-Bowles in the right, Paul Ryan and Mitt Romney on the far right, and Fox News on the extreme right. There is no explanation of how to deal with our long-term debt problem in a way that preserves government services and social insurance programs and protects the poor and the middle class...

As long as those people have the floor to themselves, nothing is going to change.

Posted by Bruce Schmiechen at 7/31/2012 No comments: Links to this post