It will be interesting to see how Occupy Wall Street's critics respond to this: 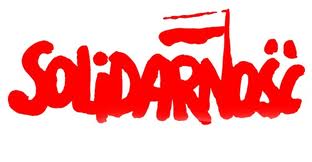 Solidarity hero Lech Walesa is flying to New York to show his support for the Occupy Wall Street protesters.

"How could I not respond," Walesa told a Polish newspaper Wednesday. "The thousands of people gathered near Wall Street are worried about the fate of their future, the fate of their country. This is something I understand."

A former shipyard worker who led Poland's successful revolt against Soviet communism, Walesa said "capitalism is in crisis" and not just in America.

"This is a worldwide problem," he told the Lublin-based Dziennik Wschodni newspaper. "The Wall Street protesters have focused a magnifying glass on the problem."

Email ThisBlogThis!Share to TwitterShare to FacebookShare to Pinterest
Labels: Annals of Class Warfare

Cainsian Economics - "The Devil is in the details"

Lawrence O'Donnell and Bruce Bartlett - with an assist
from Michele Bachmann - dissect the GOP "frontrunner du
jour" and pizza Godfather's devilish 9-9-9 Plan to raise
taxes on the working poor and cut taxes for the rich: