Krugman and Klein on the ugly politics of the debt ceiling

Paul Krugman explains at his NYTs blog just what the fight over the debt ceiling means, in direct effects but more importantly in political terms, which mostly signal just how extremist the allegedly "conservative" faction in our governing system has become and how the most basic measures to ensure stability are nothing but partisan politics for the GOP:


The direct effects of hitting the ceiling would be bad enough — sharp cutbacks in spending, which would undermine essential services, not to mention derail the economy. It’s not clear to me whether there would be some wiggle room through the accumulation of arrears — say, not actually paying workers and contractors but promising to make it up when sanity returns. But it would be ugly indeed.

What might make it even worse would be indirect effects, of two kinds.

First, US government debt plays a special role in the financial system: T-bills are the universal safe asset, the ultimate collateral. That’s why, during moments of financial stress, the interest rate on T-bills has actually gone negative. Make that safe asset suddenly unsafe, and it might cause vast disruption.

Second — and I don’t think this is getting enough attention — failure to raise the debt limit could act as a terrible signal about the US political system. 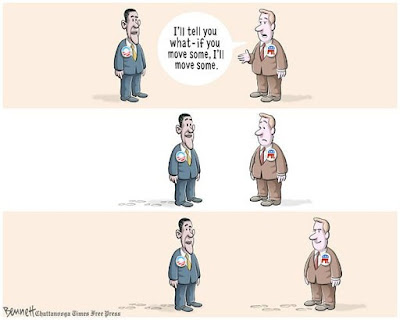 When you look at the US fiscal position in terms of what we’re capable of as a nation, it’s not a big problem. Never mind those big numbers you hear about implicit liabilities; we have a big economy, too. So modest tax increases and reasonable efforts to limit health care costs could bring our long-run finances into line.

But all this depends on our having the political will and cohesion to do what’s necessary. What if it turns out that we’re a banana republic, with crazy extremists having so much blocking power that we can’t get our house in order?