"How Romney would tax us" 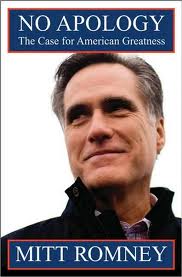 He would also raise taxes on poor families with children at home and those going to college. Romney does this by reducing benefits from the child tax credit and the earned income tax credit and by ending the American Opportunity tax credit for college education.

Without these tax breaks, the poorest fifth of taxpayers would pay $157 more in taxes in 2015 than under current policy, the Tax Policy Center says in its analysis of Romney’s plan. The second poorest group would pay $82 more, according to the center, whose past work has been praised by Republicans and Democrats alike.

TAX CUTS
While Romney would make these two groups — the poorest 125 million Americans — pay higher taxes, the top 60 percent all would get tax cuts. The top tenth of one percent would save, on average, $464,000 a year, the Tax Policy Center’s analysis says.

His plan gives one third of his tax cuts to the top tenth of one percent of taxpayers. By comparison, Bush gave this group only one eighth of his cuts.

Romney would also eliminate estate and gift taxes, a policy that I believe would damage the spirit of striving that has served us so well until now, replacing it with a new era of dynastic wealth.
Romney’s campaign did not answer specific questions about his tax proposals, referring me instead to the plan itself.
Posted by Bruce Schmiechen at 2/08/2012 No comments: Links to this post