"Big Problems" in Little Denmark ... or Not!


The NYT appears to be following the pattern of journalism practiced by the diatribe against the Danish welfare state that is headlined, "Danes Rethink a Welfare State Ample to a Fault." There's not much ambiguity in that one. The piece then proceeds to present a state of statistics that are grossly misleading and excluding other data points that are highly relevant. 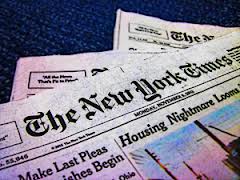 Washington Post in openly editorializing in its news section. Today the news section features a

The first paragraphs describe the generosity of the welfare state then we get this ominous warning in the 5th paragraph:

"But Denmark’s long-term outlook is troubling. The population is aging, and in many regions of the country people without jobs now outnumber those with them."

oooooh, scary! Yeah people are living longer in Denmark, that's something that's been happening for a couple of hundred years or so. Like every other wealthy country people live longer in Denmark than in the United States. While they are projected to continue to see gains in life expectancy and further aging of the population, the increase is actually going to much slower than in the United States.

The concern that, "in many regions of the country people without jobs now outnumber those with them," is especially touching. In the United States we have such a region, it's called the "United States." In March, 143.3 million people were employed out of a total population of 323  million for a ratio of workers to population nationwide of roughly 44.4 percent. In many parts of the country it would be much lower.

The piece then goes on to describe the extent of the Danish welfare state with its 56 percent top marginal income tax rate, telling readers:

"But few experts here believe that Denmark can long afford the current perks. So Denmark is retooling itself, tinkering with corporate tax rates, considering new public sector investments and, for the long term, trying to wean more people — the young and the old — off government benefits."

Hmmm, it would be interesting to know what data the experts are looking at.