Do higher taxes kill the economy? 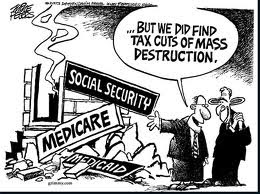 Taxes in both Denmark and Sweden are considerably higher than they are in the US. Economist Lane Kenworthy has taken an extensive look at factors such as GDP growth over decades, the World Economic Forum's "Competitiveness Index," rates of employment, household income growth, income distribution and government debt and found that Denmark and Sweden perform at least as well if not better by all relevant economic measures. They also have greater life expectancy and greater "life satisfaction."

Most surprisingly, both countries are judged by the Heritage Foundation-Wall Street Journal index to have a level of "economic freedom" essentially the same as the United States (Denmark actually scores better on that one.)  Not surprisingly, both Denmark and Sweden have much lower levels of government debt as percentage of GDP  than we currently have in the United States.

"Taxophobia" appears to be just that at the level of economic argument related to jobs and growth - a fear that can't be explained by rational measure or empirical evidence.  As we all know, there are lots of reasons not to like higher taxes, but the usual arguments about "job-killing" taxes - especially on high earners - put forward as "sound economics" don't add up in the real world.

Check out Kenworthy's piece here - it debunks a lot of "conventional wisdom" about taxation, job growth and productivity.
Posted by Bruce Schmiechen at 5/26/2011 No comments: Links to this post