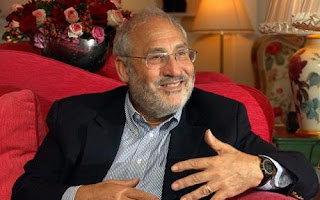 SPIEGEL: Professor Stiglitz, how do you expect the next President of the United States to tackle the problem of unequal distribution of wealth?

Stiglitz: First, he has to recognize that there is a problem at all. Watching inequality grow is like watching the grass grow. You don't see it happening day by day, but over a period of time it becomes visible.

SPIEGEL: What is the scale this inequality?

Stiglitz: In the last decades, income and wealth disparity have grown dramatically in this country. Let me give you an example: In 2011, the six heirs to the Walmart empire commanded wealth of almost $70 billion, which is equivalent to the wealth of the entire bottom 30 percent of US society.

SPIEGEL: The US has always thought of itself as a land of opportunity where people can go from rags to riches. What has become of the American dream?