What's wrong with the economy?

Here's the biggest problem with the US economy:

This is a chart of percentage of national income going to wages: 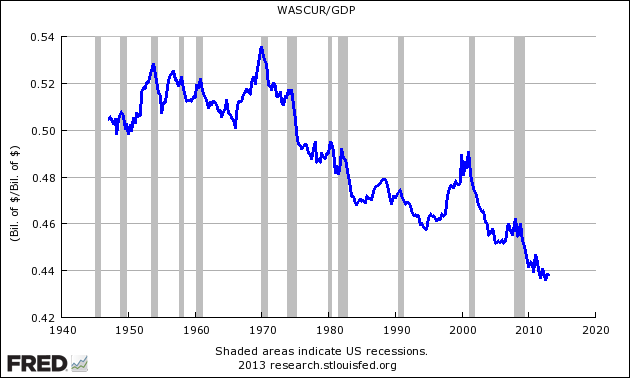 Since the end of the 1960s, the percentage of national income going to wages has decreased by ten percentage points. That's not a "10% decrease."  That's nearly a 20% decrease - from just below 54% to just below 44%.  This is a national scandal and a shift of wealth from labor to the very wealthy and to corporations - whose earnings are other than "wages" - that is as extreme and structural as any of our myriad economic problems.

In terms of overall economic growth, this suppression of consumer demand and rising inequality is as bad for real businesses that make things and sell things as it is for workers.