"The Sequestering of Barack Obama"

Robert Kuttner @ The American Prospect takes a hard look at the economics and politics of the sequester in the context of President Obama's overall strategic and substantive performance on the economy - a sobering critique:


President Obama has miscalculated both the tactical politics of the sequester and the depressive economic impact of budget cuts on the rest of his presidency. The sequester will cut economic growth in half this year. But it’s now clear, one way or another, that we will get cuts in the $85 billion range that the sequester mandates this fiscal year. All that remains are the details. 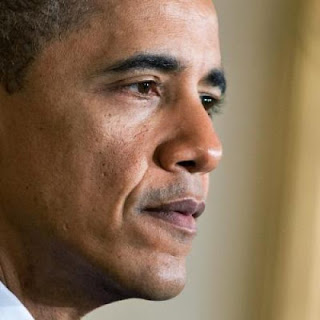 Obama’s miscalculation began in his fist term, with his embrace of the premise that substantial deficit cutting was both politically expected and economically necessary, and his appointment of the 2010 Bowles-Simpson Commission as the expression of that mistaken philosophy. Although the Commission’s plan was never carried out, its prestige and Obama’s parentage of it locked the president into a deflationary deficit reduction path.

This past week, we’ve seen how the Republicans took advantage of Obama’s self-inflicted wound. With the March 1 deadline looming, the White House assumed that if the president gave enough publicity to the harm of pending automatic cuts, the Republicans would just cave. But the Republican leadership calculated that the ensuing political and economic damage would be worse for Obama, so they hung tough.

Obama also assumed that military cuts would be enough to move Republicans to  compromise. But with two wars winding down, most Republicans decided that this year they were deficit hawks more than defense hawks.

The president also played the populist card, calling for tax increase on the wealthy to spare the rest of the country program cuts. But that didn’t move the Republicans either.

The Republican leadership also deftly evaded the risk of being blamed for shutting down the government. They offered the Democrats a continuing resolution to allow government to keep operating, but at $85 billion below current spending levels. That shifted the onus to Democrats if they refused to take the deal and Congressional leaders advised the president that they were not prepared to take that risk.

Finally, Republicans took some of the sting—and responsibility—out of the sequester by offering to give Obama new flexibility in how he implemented it, thus making it even more his problem.

Next to come is the long awaited grand bargain of the austerity lobby, in which Republicans agree to close some tax loopholes (which start out grotesquely swollen) and Democrats agree to breach the previously sacrosanct fortresses of Social Security and Medicare.

On all counts, advantage: Republicans.

Long term, colluding in the politics of budget austerity has left Obama with no real capacity to offer the public investment that the economy needs for a robust, broadly-based recovery, and leaves him with the prospect of a weak economy between now and the end of his term--unless he drastically shifts course and repudiates the entire view of the budget and the economy.