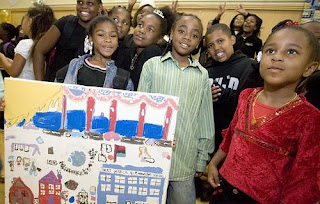 WHEN we don’t get the results we want in our military endeavors, we don’t blame the soldiers. We don’t say, “It’s these lazy soldiers and their bloated benefits plans! That’s why we haven’t done better in Afghanistan!” No, if the results aren’t there, we blame the planners. We blame the generals, the secretary of defense, the Joint Chiefs of Staff. No one contemplates blaming the men and women fighting every day in the trenches for little pay and scant recognition.

Compare this with our approach to our military: when results on the ground are not what we hoped, we think of ways to better support soldiers. We try to give them better tools, better weapons, better protection, better training. And when recruiting is down, we offer incentives.

We have a rare chance now, with many teachers near retirement, to prove we’re serious about education. The first step is to make the teaching profession more attractive to college graduates. This will take some doing.

At the moment, the average teacher’s pay is on par with that of a toll taker or bartender. Teachers make 14 percent less than professionals in other occupations that require similar levels of education. In real terms, teachers’ salaries have declined for 30 years. The average starting salary is $39,000; the average ending salary — after 25 years in the profession — is $67,000. This prices teachers out of home ownership in 32 metropolitan areas, and makes raising a family on one salary near impossible.

Email ThisBlogThis!Share to TwitterShare to FacebookShare to Pinterest
Labels: Our schools, Public Employees

David Andolfatto is an economist who has taught at Simon Fraser University and currently works primarily as a researcher for the Federal Reserve Bank of St. Louis.

Andolfatto has a good commentary at his "MacroMania" blog debunking the notion peddled by characters like Ron Paul and Glenn Beck that an element containing 79 protons should be the foundation of our money supply as opposed to what "serious" GOP Presidential candidate Tim Pawlenty has dismissively called "fiat money" - the currency system governed by the Federal Reserve and backed by the full faith and credit of the U.S. government, rather than an arbitrary pile of gold.

In the course of his discussion, Andolfatto also gives a good explanation of why the Federal Reserve doesn't use a simple "basket of all consumer goods" as it's inflationary benchmark and why inflation hysterics in the current economy are simply bogus.


The interviewer begins by quoting a statement Paul made after Bernanke's news conference:

"Bernanke continues to ignore his culpability for the inflation all Americans suffer due to the Fed's relentless monetary expansion."