The Summers of our discontent


Way way back at the end of this period of time that we like to call "the 1990s," Time magazine featured Alan Greenspan, Robert Rubin, and Larry Summers on its cover and called them "The Committee To Save The World." And that was basically the moment that put the American economy on the Darkest Timeline. Somewhere, out there, there is a parallel universe where Brooksley Born, Sheila Bair, and ... I don't know, let's say a bottle of sriracha were appointed to the same committee, and there, the economy is humming and Elizabeth Warren didn't even need to run for Senate.

In the intervening years since the Frio Trio were plastered all over your dentist's office, Greenspan has been forced to admit that his overarching theories were kinda-sorta all cocked up. Rubin ... well, he at least fell into a swimming pool at a big Wall Street to-do at the 2012 Democratic National Convention, in the most cosmically just thing that has ever happened at a political event. But Larry Summers has proven to be the sort of dread beast that even Ash Williams couldn't send off to a spectral dirt nap. Now, it is being rumored that Summers is atop the list of possible replacements for Ben Bernanke at the Federal Reserve.

Lordy, it was just 18 months ago that we were forced to ruminate on the possibility that Summers might end up leading the World Bank. At the time, the best (among many!) arguments against this came from Felix Salmon, who recognized that running the World Bank called for "a very high level of cultural and interpersonal sensitivity," and not, say, a high level of whatever personality traits lead one to opine, "I think the economic logic behind dumping a load of toxic waste in the lowest-wage country is impeccable."


Leading Republicans appear to be nerving themselves up for another round of attempted fiscal blackmail. With the end of the fiscal year looming, they aren’t offering the kinds of compromises that might produce a deal and avoid a government shutdown; instead, they’re drafting extremist legislation — bills that would, for example, cut clean-water grants by 83 percent — that has no chance of becoming law. Furthermore, they’re threatening, once again, to block any rise in the debt ceiling, a move that would damage the U.S. economy and possibly provoke a world financial crisis.


Yet even as Republican politicians seem ready to go on the offensive, there’s a palpable sense of anxiety, even despair, among conservative pundits and analysts. Better-informed people on the right seem, finally, to be facing up to a horrible truth: Health care reform, President Obama’s signature policy achievement, is probably going to work.

And the good news about Obamacare is, I’d argue, what’s driving the Republican Party’s 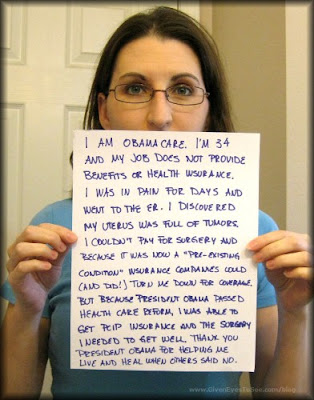 intensified extremism. Successful health reform wouldn’t just be a victory for a president conservatives loathe, it would be an object demonstration of the falseness of right-wing ideology. So Republicans are being driven into a last, desperate effort to head this thing off at the pass.

Some background: Although you’d never know it from all the fulminations, with prominent Republicans routinely comparing Obamacare to slavery, the Affordable Care Act is based on three simple ideas. First, all Americans should have access to affordable insurance, even if they have pre-existing medical problems. Second, people should be induced or required to buy insurance even if they’re currently healthy, so that the risk pool remains reasonably favorable. Third, to prevent the insurance “mandate” from being too onerous, there should be subsidies to hold premiums down as a share of income.