Rich Yeselson, an experienced organizer,  research coordinator at Change to Win and historian of social movements in America and Europe, commenting at Ezra Klein's WonkBlog on "Occupy Wall Street": 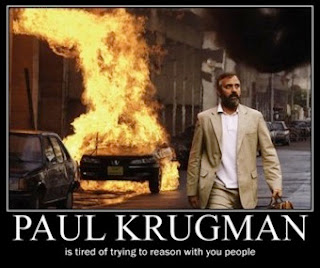 (T)he emergence of the Wall Street movement is a reminder that the liberal left has not in quite a few years actually driven anything like a mass social movement in this country. When Obama was elected, some people made the mistake of thinking that an election-bounded jolt of energy that conflated a charismatic candidate with a popular political vision was such a movement. Nobody thinks that anymore.

The left does have something important however: a coterie of several thousand intellectuals, academics, writers, and engaged professionals who articulate liberal public policy, generate empirical and analytical expertise through the Internet, the media, and universities, and staff the offices of advocacy groups and progressive politicians on the local and national level.