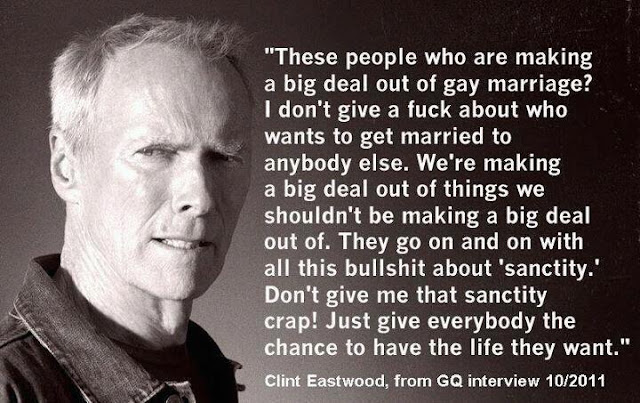 Posted by Bruce Schmiechen at 6/18/2012 No comments: Links to this post

Email ThisBlogThis!Share to TwitterShare to FacebookShare to Pinterest
Labels: Conservatism in crisis, Ruminations

"It's Even Worse Than It Looks"

Michael DeLong (corrected) on "It's Even Worse Than It Looks" - the book by two centrist political analysts who have not been invited to a single major Sunday talk show to discuss their new work, presumably because they depart from the "wisdom of centrism" and state the plain fact that the GOP has become little more than a party of obstruction and right-wing ideology: 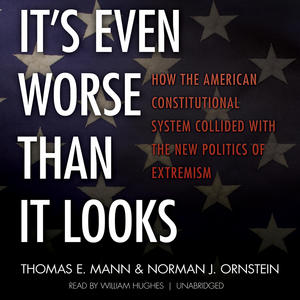 Thomas Mann and Norman Ornstein’s It's Even Worse Than It Looks convinced me that having a political system where corporations can spend unlimited amounts of money for or against politicians is a recipe for favoritism and corruption. We need to reduce the influence of money in politics.

But there's much more to the book than that. Here are some of my thoughts:
Both Mann and Orntein have written about Congress for many years. Both are well-respected centrist scholars. They know what they are talking about. And both Mann and Ornstein agree that politics today is far worse than usual: that our political process right now is unusually broken...

Both Democrats and Republicans now view each other as adversaries. Republicans, however, are far more unified and obstructionist--and also have become more conservative in part because of primary challenges.

Obstruction has been taken to ridiculous levels, with Republicans now using holds and filibusters to block nominees and legislation. Obama nominated economist Peter Diamond to the Federal Reserve. Senator Richard Shelby placed a hold on his nomination, claiming he was too inexperienced for the job. While being delayed, Diamond was awarded the Nobel Prize in Economics. Shelby kept blocking his nomination. After a year of waiting, Diamond withdrew. Other nominees, such as Donald Berwick (to head the Center for Medicare and Medicaid Services) and Richard Cordray (to head the Consumer Financial Protection Bureau) were also blocked. Every one of Obama's bills has had to get 60 votes or more to pass, due to the threat of the filibuster.

Republican obstruction is not entirely new. In a 1993 memorandum, William Kristol urged Senator Bob Dole and other Republicans to oppose Bill Clinton's health care plan “sight unseen”, no matter what the substance of the policy he proposed. Passage of any health care reform at all, he argued, would harm the Republican Party.

It is good to see two respected centrist observers of Congress recognizing that Republican obstruction of Obama's proposals is largely driven by a desire to hurt him politically, no matter what its effect on the country.

So are there any solutions to our current state of affairs?

The Supreme Court is expected to hand down its decision any day in the case against the Affordable Care Act, filed by the National Federation of Independent Business (NFIB) and state attorneys general.

The polling of 800 small business owners in eight states (Florida, Illinois, Louisiana, Michigan, Missouri, New York, Texas and Virginia) found 50% of small business owners want the healthcare reform law upheld—either as is or with minor changes—while only one-third want the Supreme Court to overturn it. Once small business owners learn more about the law, their support for keeping it intact—either as is or with minor changes—rises to 56 percent, while opposition falls to just 28 percent...A 55% majority say they want it upheld because we need to make sure everyone has health coverage.

Via Kay at Balloon Juice.

Posted by Bruce Schmiechen at 6/18/2012 No comments: Links to this post